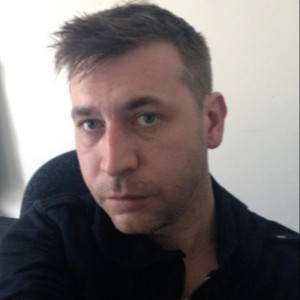 Leeds Cakes of the Week – from 17th May

Last week we didn’t get time to announce what our Leeds Cakes of the Week were, but you’ll get an idea of why we were simply too busy to be able to update our blog. We were lucky enough to be commissioned by East Midlands Railway to provide two very large cakes of their record breaking HST (High Speed Train) The Journey Shrinker, which famously holds the world record for the fastest diesel train in the world. We paid a lot of attention to detail on this one, and we were glad to see what a reaction it received when it was picked up. To see more of our cakes follow us on Instagram.

This is a cake of ‘The Journey Shrinker’ a HST (High Speed Train), that in the world of train enthusiasts needs absolutely no introduction. In 1987 it set the world record for the fastest speed ever recorded by a diesel train at 148.5 mph, a record that stands to this day! The HST (High Speed Train) otherwise known as the Inter City 125 is an iconic train, but this particular one, which is part of the East Midlands Railway fleet, is that extra bit iconic because of the world record it holds.

The cake was commissioned by East Midlands Railway to commemorate the retiring of it’s entire fleet of HST’s and the one that has been turned into cake will be making it’s way to York Railway Museum so visitors can get up close to the train that will sit along side other iconic trains from the past. It has spent time in the Leeds Neville Hill depot and has been given its original record breaking livery.

The cake it’s self was a real challenge to make because of it’s six inch height and the amount of detail we wanted to include to really make it look as authentic as is possible with cake and icing. We even went as far as recreating all the decals on it, even the smallest sticker found on the train was included, which really made for a talking point. We succeeded in including all of the vents and ridges that give the Inter City 125 it’s unique look and are glad that these details really impressed our client.

Often it is forgotten that we not only do cakes for private celebrations and weddings, but we also create great corporate cakes. This pair of cakes is no exception and shows another range of skills required for giving any cake something really special and turn it into a talking point. If you require a cake for your business you can get a quote here.

A post shared by The Crafted Cake House (@craftedcakehouse)

Our 2nd Leeds Cake of the Week is this simple yet effective anniversary cake. It just goes to show that in order to impress the intended recipient you don’t have to have loads going on, as long as, as per usual with our cakes, attention is paid to the detail. In this case take a look at the taupe striped sofa. The cartoon character style figures are based on the description of the intended recipients, who we are told loved them! Finally by special request, the television was showing exactly the music artist that they were fans of. Maybe they’ve even watched the exact same concert it was taken from.

It is little things like this that make cakes so special. And we do all we can to help with ideas and expanding on interests that customers know the recipients of the cake have. These details show that a lot of thought has gone into the cake, which always scores a few extra browny points! It isn’t just about buying somebody a cake, but the reaction to the cake as they begin noticing those details that show you know what they like.

A post shared by The Crafted Cake House (@craftedcakehouse)

If you’d like to see more of our cakes, or vote for your Leeds Cakes of the Week follow us on Instagram. You can visit our Morley cakes shop or visit our website if you need a quote for a cake you want doing. Please be aware that we have a growing waiting list so it is always a good idea to book your cake a month or two in advance to guarantee availability (wedding cakes usually require longer). Call us on 0113 258 4455 today.

Don’t miss out on our huge sale in our crafted good in our shop, as we prepare for our new season with

The Crafted Cake House will be open on Christmas Eve until 12:00pm and closed on Christmas Day and Boxing Day and will

Leeds Cakes of the Week – from 31st May

Our Leeds Cakes of the Week this week are two totally different types of themes. The most popular on our Instagram appealing